When we researched good places to stop on the Trans-Siberian, we decided to definitely include Ulan Ude. It was touted as the Buddhist capital of Russia, a place where there was a fusion of cultures where East met West. It is the capital of the Buryat Republic and the indigenous Buryats are a significant part of the population who have a distinct history to the rest of Russia. Whilst we certainly noticed that many people were ethnically Asian, the character of the town in definitely Russian. Visually, apart from ethnicity, the only thing that makes this town Asian in character is a Buddhist temple that is situated on a hill far away from the main town and a few Buryat/Mongolian restaurants around town. Buryat culture and cuisine appears extremely closely related with Mongol culture, and we don’t think Ulan Ude is a necessary stop if you’re travelling to or from Mongolia. This is what we saw during our brief encounter with Ulan Ude:

At 7.7m tall, it’s certainly an impressive Lenin Head, possibly the best oversized Lenin Head that we’ve ever seen. In 1970, they decided it was a great idea to have a huge head of Lenin to celebrate his 100th birthday. We’re sure he would have loved it. It’s just a pity the rest of him is missing. 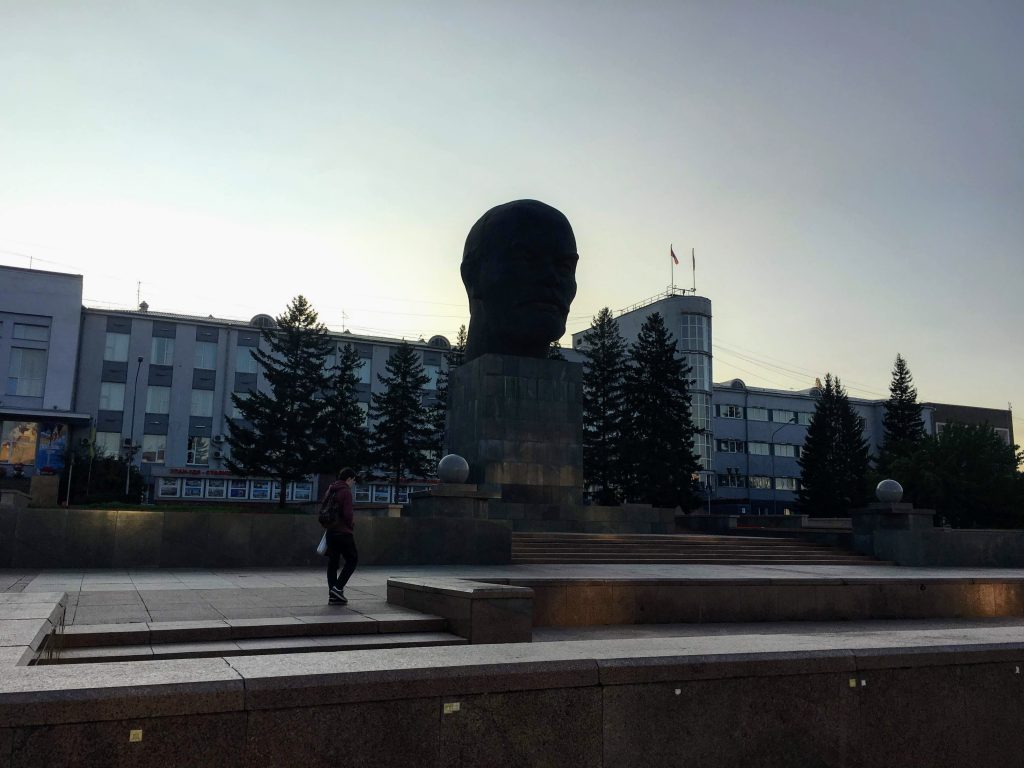 There’s some nice architecture here, we particularly liked the Buryat State Academic Opera and Ballet Theatre. The fountains shoot up to the sound of classical music, it all feels very civilised. 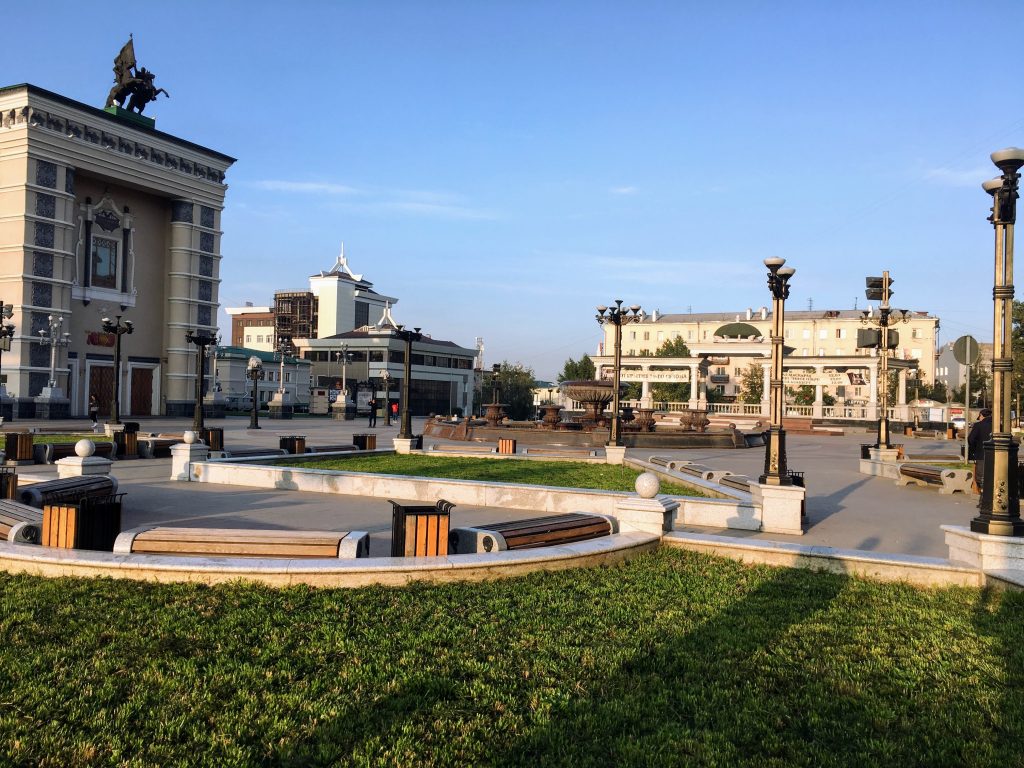 Ooh, nice arch in’t it? Well, it wasn’t nice enough for us to take a picture of it, but if you squint really hard, you might just make it out in the background of this picture. Seeing the arch isn’t a life changing experience, but the Tsar’s triumph gates DO frame the cathedral nicely when looking from the other side. 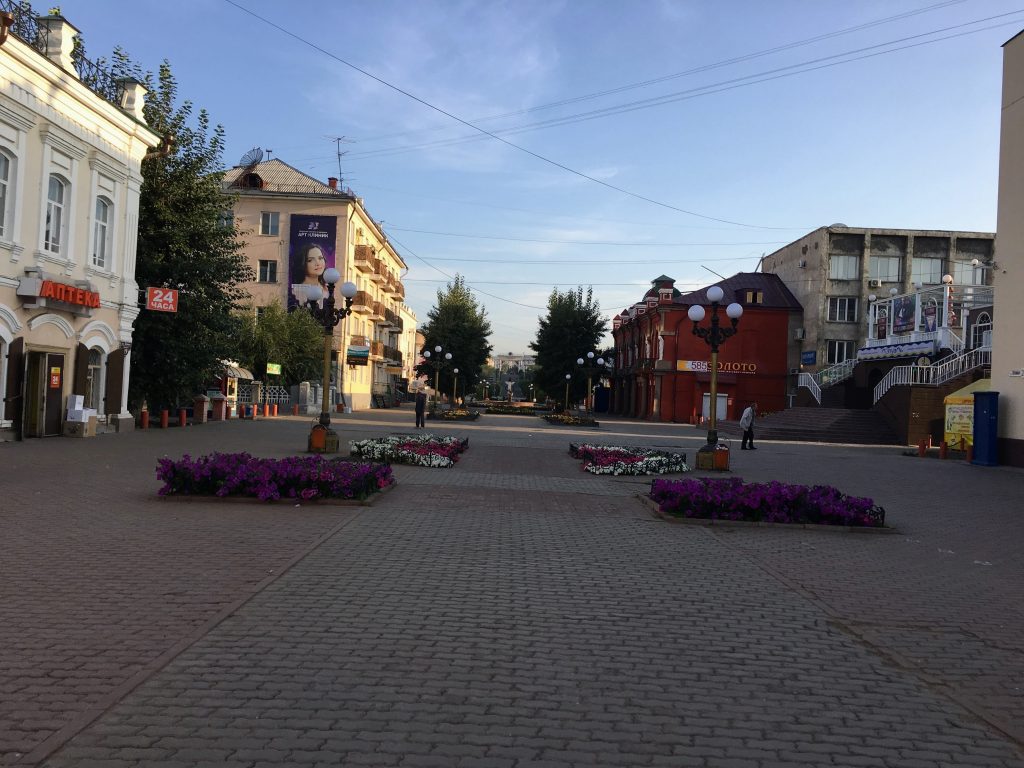 Her shiny gold tower tops called us to wander down the hill, and what a beaut’ she was. We went into the cathedral and found people singing in beautiful harmony. Will was amazed to find such religious fervour in a church, and noted that it would have probably been turned into a bar or a tourist attraction by now had it been in the UK. Well, it’s good it’s not, because the service was totes interesting. Will had never seen a swinging gold censer, with aromatic incense puffing out, and the ceremony was definitely an interesting sight. The cathedral was the first stone building in the city, and it’s still the most pretty.

Let’s have our breakfast at the river, he said. It’ll be pretty, he said.

The river wasn’t the focal point Will hoped for. It had beautiful barriers blocking the view when you sat down on a bench, beautiful lawns of concrete and was decorated with local trash. You can see the river from afar, so why see it’s gritty reality up close? 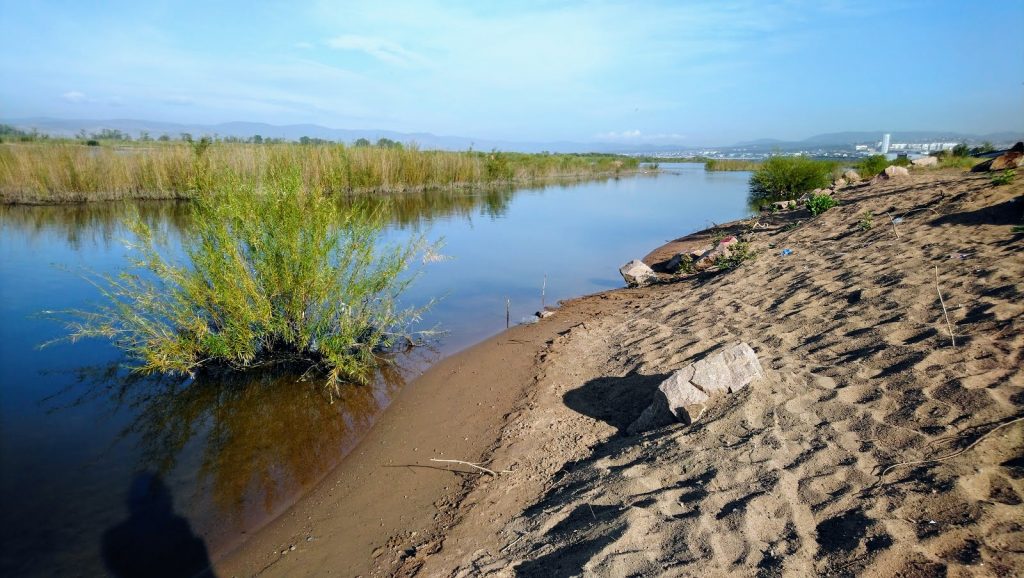 Walk up a very long road (or take a bus) and you’ll find yourself at a temple. The first thing you see is an impressively sized car park sitting before it, but if you walk up the stairs you’ll find actual beauty and serenity. The views up here are pretty good and it’s worth the hike or trip up here if you have a day in Ulan Ude. Besides, what else in Ulan Ude is actually more interesting? 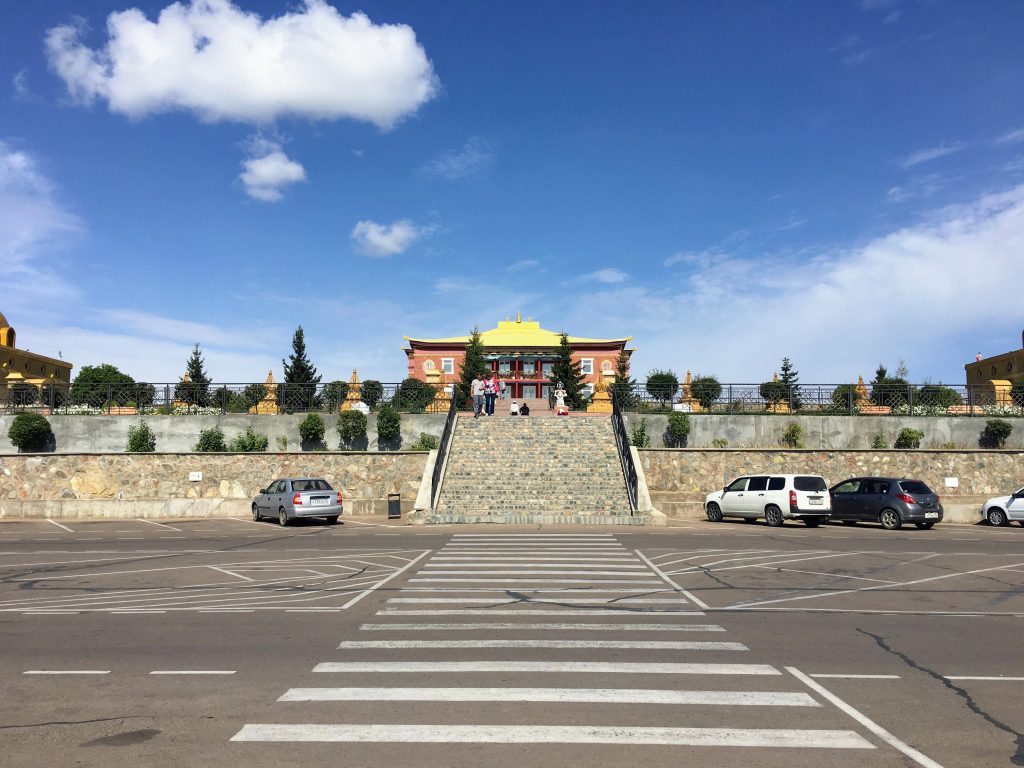 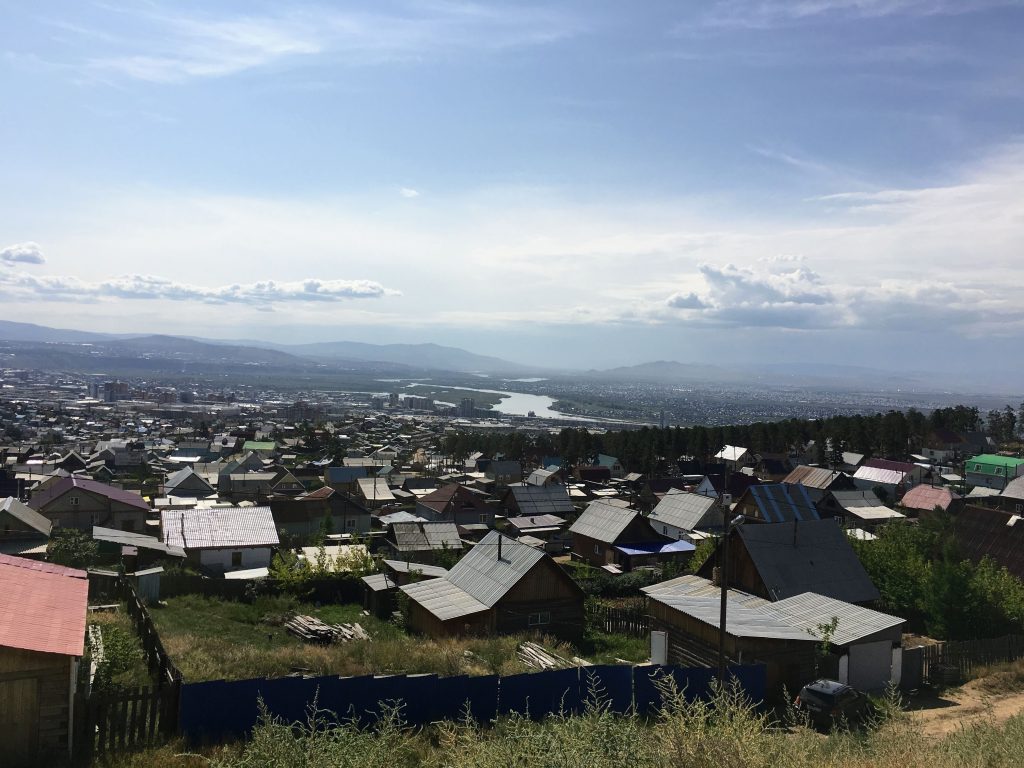 Admittedly, we didn’t do everything. It got a little rainy and we got a little lazy. For those interested in Buryat culture, there’s a museum called the Khangalov Museum of Buryat History. It’s only had one TripAdvisor review, which also noted that they were the only visitors there, but they said it was “well worth it” with “Masses of really fascinating photos” and they spent 3 hours there. So, if that’s your thing, then great, go to that. There’s also an ethnographic museum a little further than the main Buddhist temple. Finally, there’s a mummified Buddhist guy called Dashi-Dorzho Itigilov, still in his lotus meditation position, a little outside of Ulan Ude. Unfortunately, he’s only available 7 days a year during Buddhist holidays and his significance has waned since the near annihilation of Buddhism in Russia in communist times.

Is there anything we missed in Ulan Ude? Did we stupidly miss something? Have you had a similar or different experience in Ulan Ude? Let us know in the comments section below.